My assignment as a Young Graduate Trainee was to perform a study analyzing the in-flight performance of the navigation star tracker, which was occasionally suffering minor but repetitive anomalies. After thorough analysis of the star tracker telemetry, I found a correlation between the anomalies and visibility of certain stars in the field of view. With help from ESTEC, we found that these stars had faint, non-catalogued neighbors which were offsetting the measurements. I prepared and executed a software patch, which removed these stars from the tracking algorithm and significantly reduced the occurence of the anomaly.

A secondary goal of my traineeship was to help the flight control team members in their duties. In that regard, I created several MATLAB tools to facilitate data analysis and reporting. 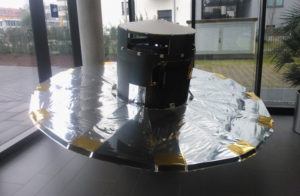